A Slow Road to Recovery

Breast cancer survivor Becky Goodrick is blessed to be cancer-free 10 years after her diagnosis. She greets each day with a smile and as an opportunity to spread joy!

Always Something to Learn

Becky Goodrick received a piece of advice 20 years ago that has stuck with her.

In November 1998, a tornado tore through Southridge in Columbia, Missouri in the early morning hours, destroying the home in which Goodrick and her husband Bill were raising their then-12-year-old son Alex. Counseling her about the loss of their home, a friend reminded Goodrick of the old adage, “When God closes a door, somewhere he opens a window,” but her friend added, “What they don’t tell you is that there is hell in the hallway.”

Today, looking back at that loss and, even more significantly, her battle with breast cancer in 2007, Goodrick has found those words to be true.

“I tell others going through cancer, I know you can’t see it now, but cancer will give you something,” she says, regarding the challenges cancer patients face and the knowledge they gain. 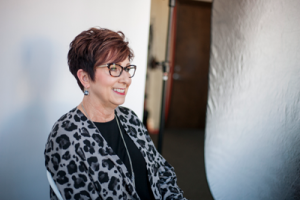 Spreading Joy to Others

Blessed to be cancer-free 10 years after her diagnosis, Goodrick greets each day with a smile and as an opportunity to spread joy. Through her career as a Mary Kay Cosmetics sales director, she loves helping others feel good about themselves and often gives free facials to support women going through treatment.

“Cancer patients are going through huge changes,” says Goodrick. “I know what’s it like to lose your hair, eyelashes, and eyebrows. You still want to feel pretty.”

Trusting Your Gut and Knowing Your Body

Her road to diagnosis was a slow, stubborn one. In March 2007, Goodrick noticed redness and tenderness in her breast, but a mammogram proved inconclusive. “You couldn’t see anything but thickened tissue,” she says. “But my OBGYN (Dr. Michael Burks) said he was concerned that I had inflammatory breast cancer.”

The biopsies came back negative, but Goodrick knew something was not right.

“I felt something in my chest when I took a deep breath,” she says. Over the fourth of July holiday weekend, she felt an odd sensation, one she describes as what she imagines having a stroke might feel like, and one of her pupils wouldn’t dilate. An MRI found a tumor in her neck.

“At first I thought I did have cancer, then I thought I didn’t — we went back and forth,” Goodrick says about the mammogram, biopsies, and finally the MRI. “I just knew something was wrong.”

A former nurse at Boone Hospital, Goodrick knew the diagnosis was serious when she heard the word “metastasis,” and for her and her family, the news came at a time when cancer was showing them its worst. 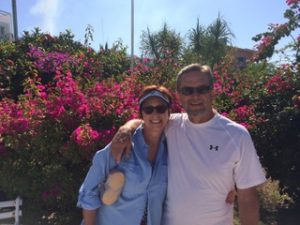 No Matter How Bad It Gets, You Have to Stay Positive

“2007 was a crazy year,” she says. That summer, Bill’s best friend was battling melanoma, and two weeks after Goodrick learned of her Stage 3 breast cancer diagnosis, Bill’s son (Goodrick’s stepson) Jim was diagnosed with lung cancer. Within two months, the Goodricks faced the devastating losses of both men to the disease.

Two years later, Bill confided to his wife that, throughout that difficult time, he thought he would lose her too. Goodrick says his confession took her by surprise. “His best friend had died, his son had died, and he said he thought I would be next,” she says. “But I never did.”

“I knew Stage 3 (diagnosis) was not good, but I refused to go there,” she says about considering her own mortality.

Goodrick had an incentive for beating cancer. Shortly after her diagnosis, she found out that her son Alex were expecting a child. Her granddaughter Braedyn was born in March 2008.

“My grandmother was such an influential person in my life,” she says. “I wanted to be here for my own granddaughter.”

Choosing & Believing In Your Medical Team

After her struggle in reaching her diagnosis, Goodrick was determined to have the right medical team supporting her. A friend referred her to a cancer physician in Dallas, and Dr. Burks referred her to Dr. Uma Ramadoss at Missouri Cancer Associates (MCA).“I wanted as many opinions as I could get,” she says.

When the two physicians conferred and agreed upon treatment, Goodrick was ready for the fight.

“You have to have confidence in your physician and what they are treating you with,” she says. “You have to believe in your team.” Goodrick says she feels blessed to have found support through Dr. Ramadoss and his nurse Christy.

“Warm and fuzzies are important to me,” she says about the care she received from the MCA team. “If I needed anything, I knew I could call Dr. Ramadoss or Christy at any time.”

She says no question is a dumb question when it comes to your healthcare.

“If you don’t understand or know something, ask,” she counsels others. “Fighting for yourself is so important.” 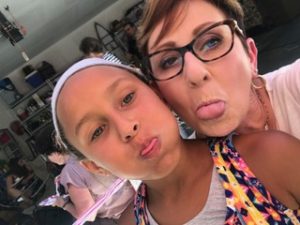 Becky Goodrick and her granddaughter

Today, Goodrick says she is blessed to be a cancer survivor and also to be working in a flexible career, helping other women feel good. Working in a profession she loves and mentoring others gives back to her as much as she gives to others.“I have a good life,” she says.

Goodrick says that cancer has helped her realize that stress plays too big a role in most people’s lives today, and that she’s learned to give herself permission to say “no” when feeling stressed.

“Whatever is weighing on your mind, let it go,” she says. “Live in the moment.”

She spends her days working with and mentoring women through Mary Kay and cherishing time spent with Braedyn and the rest of her family. She returns to MCA once a year to see Dr. Ramadoss.

“For me, MCA is a safe, comforting place. I want to go in there [the chemo room] and tell people — it’s going to get better,” she says. 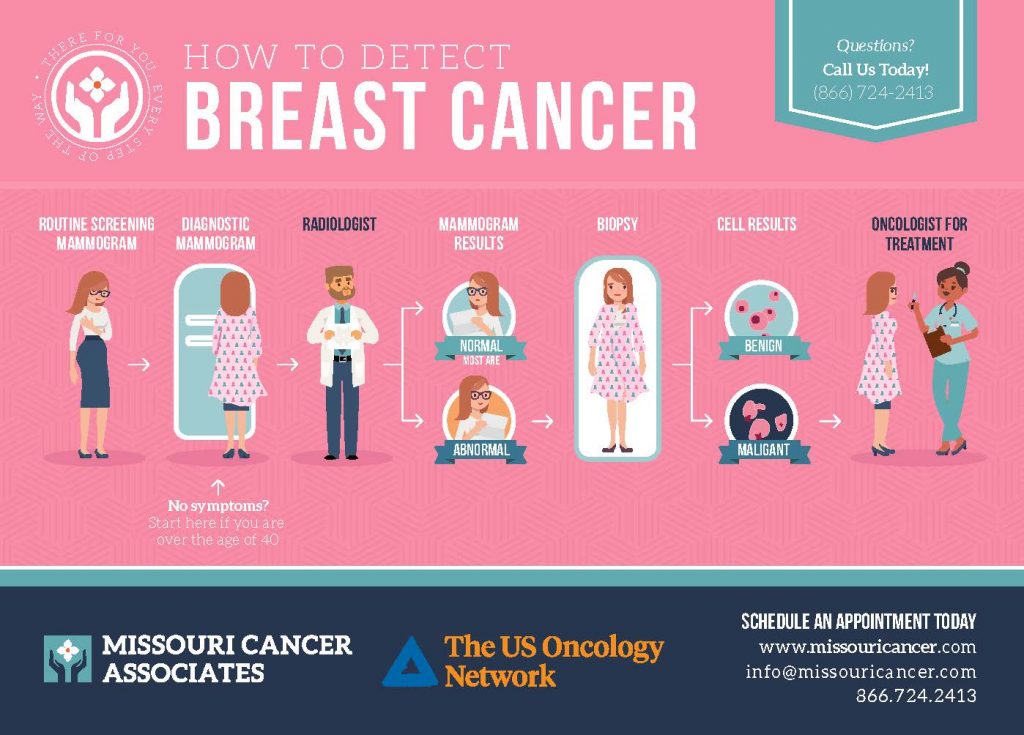