Amidst the ups and downs of breast cancer diagnosis and treatment, survivor Krissy Johnson never lost sight of her reasons to smile.

Krissy Johnson has the kind of laugh that can fill a room. It’s rich, joyful, resonate, as though every part of her is in on the joke. By nature, Krissy is a positive person, someone who perpetually looks on the bright side and always finds humor, even in the most difficult situations.

So it’s probably no surprise to those who know her that Krissy, when sharing her experience of breast cancer diagnosis, treatment and survival, begins her story with a smile radiating across her face. 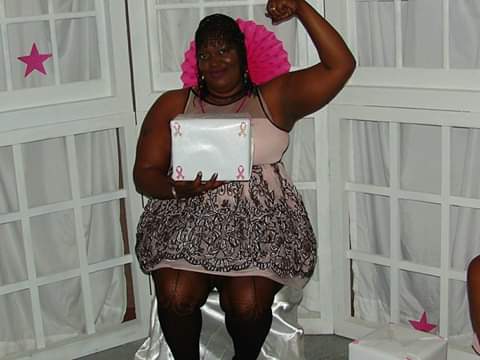 “As long as you’re still here, and you’re able to fight, keep that fight up. You can be a survivor, too. You can.”

“I always have found a way to laugh things off,” says Krissy, a breast cancer survivor since May 2017.

“I’ve always had this goofiness about me. Even when it’s negative, I try to turn it into something positive.”

That’s not to say that her cancer journey has been all “peaches and cream,” as she says. Yes, there have been incredible highs, but there have been low lows. There have been triumphs, and there have been tears. But for Krissy, a bubbly extrovert who looks at the world with an undeniable can-do spirit, there was one guiding thought that she held to and pushed toward through all of those ups and downs.

‘What are we doing now? What’s next?’

Krissy’s story is not only a tale of survivorship but also a testament to the importance of taking note of your own health, body and changes. She discovered a lump in her breast one morning during a self-exam and waited a while to see if it would go away. It didn’t. In fact, another lump came — and another — and Krissy took to the internet to diagnose her symptoms.

“In the back of my mind, I knew that there was something wrong,” she says, “and like everyone else, I went on the internet and started plugging in things that were wrong, and everything led to breast cancer. And the one thing that stuck out was that these lumps didn’t move, and they didn’t hurt.”

Krissy, who was not yet 40, had no family history of breast cancer, so her doctors ordered a screening. It was the radiologist who told her that the lumps didn’t look like cysts — they looked like cancer. Soon, she found herself in a room with her mom receiving her diagnosis: invasive ductal carcinoma.

“I had two lumps, and one hit my lymph node,” she says. She was diagnosed stage 2b because, though the lump hit the lymph node, it didn’t go any further.

Krissy took in the information the doctor was giving her. She even joked with her mom and laughed in the exam room. She did need a moment to call her husband, who was on his way to her appointment. She cried and tried to process what was happening. She was scared, and she didn’t know what to expect, but she was ready to get down to business. 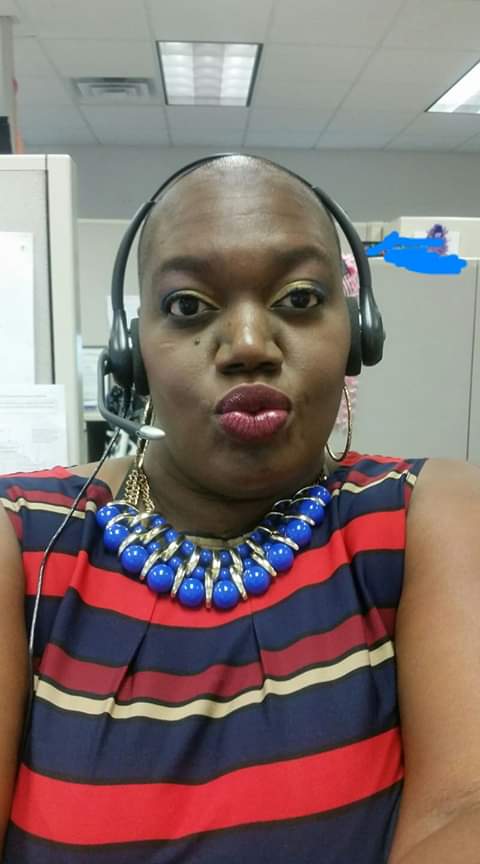 After Krissy Johnson lost her hair, she decided to embrace being bald and beautiful.

‘I threw on some makeup and strutted my stuff’

In Krissy’s case, “what’s next” was a biopsy that same day and soon after a trip to Missouri Cancer Associates, where she met with Dr. Uma Ramadoss to begin her treatment. She says working with Dr. Ramadoss was great ever since that first meeting. He was patient, she says, and explained to her what was happening and what to expect.

“He even wrote things down for me because he knew I wouldn’t remember all the information he was giving me that day,” she adds with a laugh.

When a PET scan confirmed that her cancer hadn’t spread, Krissy began chemo. A few treatments in, she noticed her hair starting to fall out.

“I remember crying my eyes out because all my hair was gone, and I was going to be bald and ugly and sick, and I went through all that about my image,” she says. “But then I said, ‘Forget it — I’m just going to embrace it.

“So I got up, looked at my bald head, threw on some makeup and strutted my stuff because I’m bald and beautiful.”

Throughout her treatment, Krissy felt immense support from her family and friends. Her husband, mom and stepdad were there with her through every chemo treatment, and her children, ages 14 and 11, showed unending love.

“The hardest moment was having to tell my children,” Krissy says, tears in her eyes despite the smile on her face. “Telling them, that was worse than getting the diagnosis.”

As treatment continued, Krissy looked for the bright spots. She became friends with other chemo patients and the nurses in the chemo room. 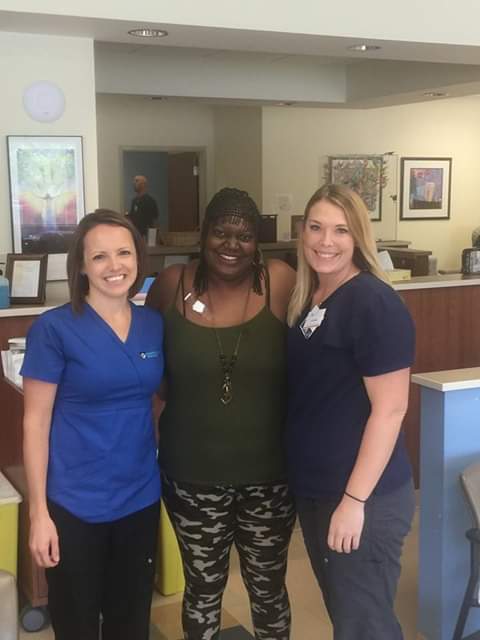 “I’d come in as my bubbly self, showing off my different wigs and headpieces,” she says, laughing.

The chemo took its toll. Krissy was tired, had trouble remembering things, food didn’t taste like it used to, and she developed temporary neuropathy when she was switched to Taxol medication.

The true silver lining came when she went in for her scan after finishing chemo.

“I cried again because the tumors were almost invisible,” she says. “All of that was worth it to see that result.”

What followed was a lumpectomy surgery with Dr. Anne Peterson to remove what was left of her tumors, followed by six to eight weeks of radiation treatments with Dr. James Allen. At this point, Krissy was able to return to her job with the state full time and worked her daily radiation treatments into her routine. 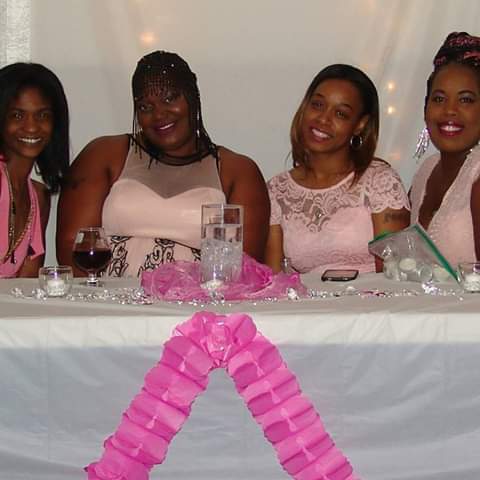 Krissy’s friends and family offered immense support during her battle with breast cancer.

‘Everything is slowly coming back to life’

With radiation treatments behind her, Krissy is now cancer free.

“Everything is slowly coming back to life now that I’m a survivor and my treatment is done,” she says. Her energy level is back, her hair is growing back and she’s able to reflect on her experience not only with heightened gratitude but also with a sense of responsibility.

The day Krissy received her diagnosis, she left a Facebook post putting it all out there. Although she hesitated at first about sharing her story so openly, she figured it was the best way to reach family and friends without having to call everyone and share the same news again and again. As it turned out, sharing her story made a bigger impact than she imagined.

“Because of that post, a close relative’s friend reached out to me and said if it wasn’t for my post, she never would have checked herself, and when she did, she found out that she, too, had breast cancer.”

For Krissy, sharing her experience has become an important way for her to encourage others in similar situations.

“It’s not an easy thing to go through,” she adds. “When you hear this news, it’s devastating. And some people do go through feeling like their life is going to be over just because they’ve been given this diagnosis. Medicine has come a long way, so survival rates are way better than years ago.

As long as you’re still here, and you’re able to fight, keep that fight up. You can be a survivor, too. You can.”