When Bill Carter was diagnosed with pancreatic cancer, his outlook remained steady. As long as he’s here, he says, he’s going to choose to keep living.

Hope is a word that gets used a lot when cancer patients tell their stories — and for good reason. For many, hope for a cure is what propels them through treatment, gives them a purpose to keep fighting and makes the hard days a bit more bearable. But for Bill Carter, his three-year cancer journey has been less focused on hope and more focused on living. 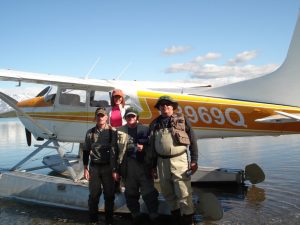 An avid outdoorsman, Bill makes sure to always look forward to the next day.

“Since I first got my diagnosis, I’ve always looked at it as something I’m going to face head on,” he says. “But I also know that if I can’t beat it, nobody lives forever, so I can accept that.”

Although it might be easy to misconstrue Carter’s outlook as less than optimistic, he’s quick to set the record straight.

“That’s not being pessimistic,” he says. “That doesn’t mean that I think I’m going to die tomorrow or the next day. There is going to be a tomorrow and the next day and possibly the next day, so don’t give up just because someone says you have cancer. I always look forward to the next day.”

‘You don’t have to stop living’

Roughly three and a half years ago, Carter was diagnosed with pancreatic cancer. For the lifelong Missourian and avid hunter and fisherman, the diagnosis came as a shock, but he’s never been one to shy away from a challenge. Working with the team at Missouri Cancer Associates, Carter quickly decided on a treatment plan and was ready to get to work. 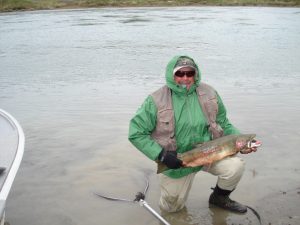 In a recent trip to Alaska, Bill enjoyed catch and release fishing.

“I opted to do surgery first and then chemo,” he says, “so after surgery, I did six and a half months of chemo treatments and a month and a half of radiation. And it worked. The tumor shrank or disappeared — they couldn’t find any malignant cells at that time. And that went on for roughly nine months.”

Eventually, Carter’s CA 19-9 level, a cancer antigen that exists on the surface of some cancer cells, which had remained normal for months following treatment, started climbing again. The MCA team found multiple lesions on Carter’s lungs, and biopsies confirmed it was the same cancer that had been on his pancreas, now spread to a new location.

This time, Carter knew what to expect. More chemo. More side effects. More hours to pass in the MCA infusion room. But for Carter, knowing what was ahead of him helped ease the process. And it’s a perspective he tries to share with other patients along the way.

“If I find someone who has cancer, especially pancreatic like I have, I try to tell them what to expect as far as side effects of drugs, loss of appetite, not being able to think completely clearly after chemo, those kinds of things,” he says. “I think it helps them to know if they feel like hell or don’t have an appetite, that’s normal — that’s the chemo. When you get your appetite back, eat all you can so you’re ready for the next round.

“And I also think it’s important to know that while all that’s happening, you don’t have to stop living. I’m not physically able to play golf anymore because of lack of stamina, but I still enjoy watching it on TV,” he continues. “I enjoy tying flies, making turkey calls. I still hunt and fish, though my fishing is mostly catch and release, and for most of my hunting trips, I take a camera instead of a gun. I think the biggest mistake people can make is to get a diagnosis like this and just stop living.”

‘They’re the greatest people in the world’ 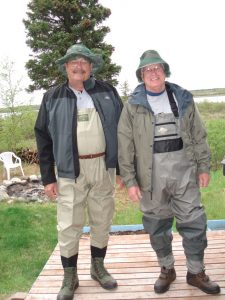 Carter is quick to mention that, despite his confident, face-it-head-on attitude, he hasn’t faced cancer alone. He wife, Deborah, has been by his side through all the ups and downs of the past three years. And even his dog, Mickey, has done his part — always perched on Carter’s lap as he recovers from chemo treatments at home and willing to pull an all-nighter during those sleepless nights after a steroid injection leaves Carter too energized to rest.

And that’s just his support system at home. One of the things most people don’t realize, Carter says, is that they have a hidden support group at MCA as well.

From his own experience, he says everyone he’s encountered at MCA has been part of that support group for him. From the surgeon and his staff to the oncologist and his or her staff to the infusion team, the phlebotomist, the receptionist and the scheduler, everyone has aided in making his experience as comfortable as possible.

“They’re just wonderful people,” he says. “You get such a good feeling when you’re there because of the MCA team. You can mention just in passing to one of the nurses that you had a bad night, and suddenly you have so many people trying to figure out what you need and how to help you through this journey. They’re the greatest people in the world.”

Going forward, Carter will continue with his current treatment plan of chemo every third week, when he spends three to four hours in the infusion room at MCA and then takes a bag of chemo home that goes for another 47 hours. On treatment weeks, he spends a lot of time at home, sleeping off the effects of the drugs, with his trusty dog, Mickey, by his side. Then he bounces back, as much as he can, and goes back to doing the things he enjoys.