For Henry Duke Allen, a diagnosis of pancreatic cancer hasn’t dimmed his zeal for life.

Duke Allen sees the miracle in farming after a pancreatic cancer diagnosis.

As is common with anyone receiving a similar diagnosis, the word cancer hit Henry Duke Allen hard.

“I just cried,” he says, referring to the moment the doctors told him. “It totally changes your life, that day.”

It all began Nov. 24, 2017 — the day after Thanksgiving. Allen was rushed to the emergency room with severe stomach pain. At the time, he was diagnosed with gallstones, which would eventually lead to a gallbladder removal. But when a flare-up of pancreatitis set in, leaving him deathly sick for months, his doctors knew their investigation wasn’t over.

Within a week, Allen was scheduled for surgery with Dr. Kevin Halsey, gastroenterologist at Boone Hospital Center, who would insert a funnel to help relieve Allen’s pancreatitis symptoms. During surgery, he took a biopsy of Allen’s pancreas. It was benign.

“I was so elated when he said that it wasn’t cancerous on the first biopsy,” Allen says, “but right away he said, ‘I don’t like what I saw.’”

“That’s when you start praying,” he continues.

During a second surgery to replace the first funnel, Halsey took another biopsy. That’s when Allen got the news: stage I pancreatic cancer.

Because of his active lifestyle, and because he was aware of the unpleasant side effects such as neuropathy that often accompany cancer treatment, Allen was hesitant to undergo the heaviest dose of chemo during his first round. Then in the summer of 2018, he went to University Hospital for a Whipple surgery, in which doctors remove part of the patient’s pancreas, small intestine and bile duct and then reattach the organs to allow for normal food digestion post-surgery. During that surgery, they also found cancer on Allen’s liver. They sewed him back up, and he began a second round of chemo — a heavier version that Allen admits he probably should have done the first time. 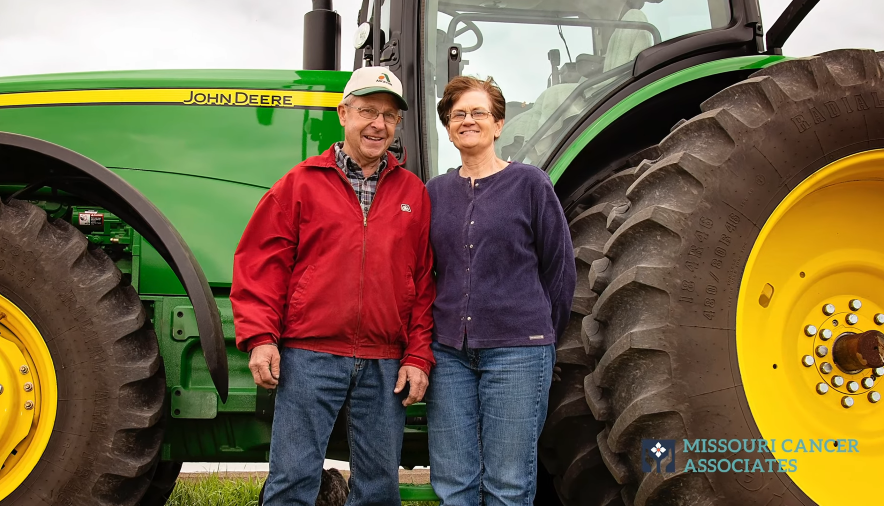 Duke Allen stresses that family, along with faith and courage, is what keeps you going during cancer treatment.

‘You have an entire team’

“To me, it’s a miracle,” he says. “Whether it’s a baby calf or seed put in the ground, you just say, ‘How can that produce?’ And that tells me that there’s a God up there that’s looking over us.”

Throughout his treatment, Allen says the collaborative care he’s received from his team of physicians and nurses has been a big part of his progress. Along with his family physician and Boone Hospital Center physicians, he had an entire team at Missouri Cancer Associates — doctors, nurses and hospital staff.

“They work hard,” Allen says of his team. “That job is strenuous. Some days that place is just packed, and they all have such a good attitude.”

Allen commends the MCA staff for the watchful eye they keep on their patients.

“If anyone has a problem, they rush to take care of them,” he says, recalling the time he needed help during a chemo reaction. “The nurses were on top of it and got (the reaction) straightened out.”

The hard-working nursing and support staff provide a constant, caring presence, and Dr. Mark Tungesvik delivers confidence, according to Allen. He trusts in Dr. Tungesvik’s expertise.

“I ask his opinion, and I follow through with what he says,” says Allen. “He knows what he is doing.”

Allen is currently continuing with chemo treatments at MCA, where he says he is “highly satisfied” with the care he continues to receive.

“Usually I’ll come in around 9:45, have blood work and a consultation with the doctor, and I don’t get home until around 4,” he says. “Usually it’s almost a full day, six hours or more.”

It’s a lot, but his attitude remains positive. And he’s just as busy now as he was before his diagnosis. 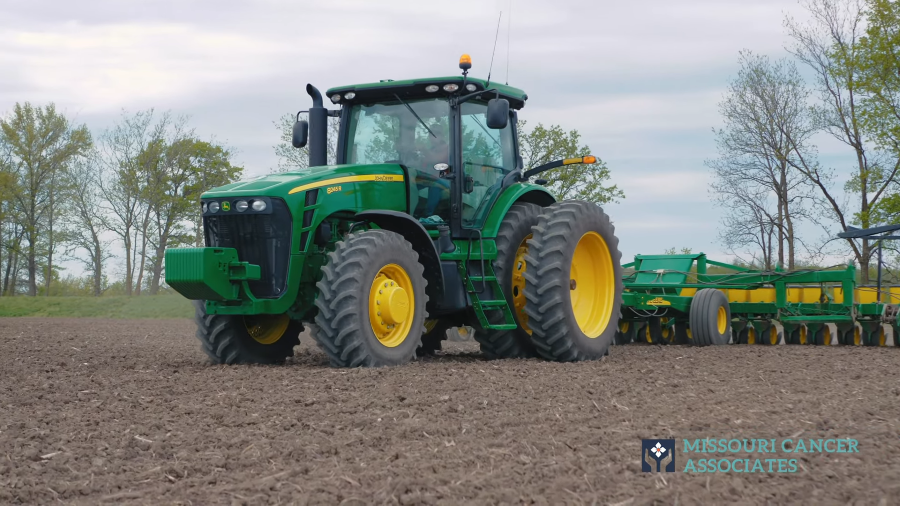 “Other than the days that I had to come down here [for treatment], I put in 500 acres of row crop last year and took care of them all year,” he says. “I plan to keep doing that now — I can be in the field today.”

For Allen, it’s about more than keeping busy. It’s about appreciating small victories and the world around him, which is an attitude he encourages other cancer patients to keep in mind as they face their own challenges.

“What you need to have is just like I said on those billboards walking into the cancer center,” he says. “Faith in God. Faith in family. Courage.”