Bill Morgan has always aimed to live a life without regrets, and a cancer diagnosis has only amplified his passion for people and experiences.

Bill Morgan has always aimed to live a life without regrets. For the 48-year-old St. Louis native and language arts teacher, who’s taught at Hickman High School for the past 20 years, a passion for people and experiences has always influenced his choices, from what he does to where he travels to how he interacts with others. But even for a man who’s lived so much of his life with an eye on what really matters, a diagnosis of glioblastoma multiforme (GBM), an aggressive cancer that begins in the brain, forced him into reflection.

“I had always told myself that that I had been doing this [living without regrets], but I was still surprised that when I was forced to look back on it and really evaluate my choices in life, I still had few regrets,” Morgan says.

“I didn’t expect the joy that that realization gave me — and continues to give me.”

Still in treatment, Morgan and his family recently returned from a trip to Iceland and London. Although Morgan says he’s been fortunate to travel quite a bit, this was the first international trip for his two children — a shared experience building memories he knows they won’t forget.

“It might sound trite, but don’t wait for cancer to force you to live life the way you know you should live it,” Morgan says. “It shouldn’t take cancer to push away all the noise and get us to focus on what really matters.” 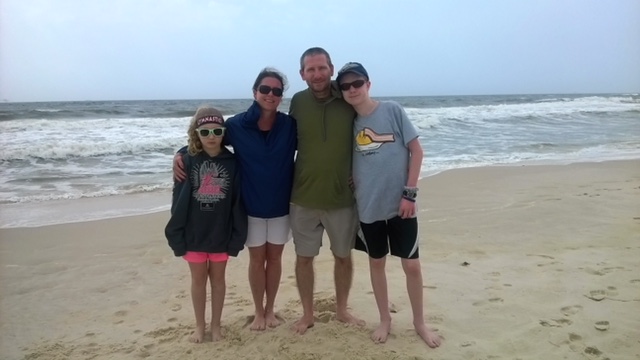 Pictured here on the beach with his family, Bill Morgan continues to live life to the fullest, with no regrets, despite his cancer diagnosis.

It was a series of symptoms that prompted Morgan to seek medical advice prior to his cancer diagnosis.

“It began with having trouble focusing, especially with higher-order, complex thinking,” he says. “I also noticed problems with attentiveness (e.g., not noticing things while driving). I simply didn’t look well, as multiple people mentioned to me. What finally got me to see a doctor were vision problems I started experiencing at work.”

Morgan describes the vision problems as a sort of tunnel vision, with kaleidoscope-type images around the periphery. Thinking it might be migraines without the headaches, he went to his GP, who scheduled a blood test to check vitamin levels, an MRI and an appointment with an ophthalmologist.

“The MRI instantly showed the presence of a tumor in my frontal lobe,” Morgan says. “My medical issues were caused by the brain’s swelling in response to the tumor. Over the next month, I had surgery and began chemotherapy (Temodar) and radiation.”

“They have both been absolutely wonderful: competent, professional, willing to listen and explain things,” he says.

“I couldn’t ask for a better atmosphere or better personal interactions than I received at MCA.”

This exceptional level of care extended beyond MCA, too. As part of his treatment, Morgan opted to use the Novocure Optune device, a wearable, portable treatment cap that, used in combination with chemotherapy, treats where the GBM tumor is located using alternating electric field therapy. Because the device is wearable, patients’ mobility during treatment is dramatically increased. But it does require following a detailed care regiment, which Morgan’s wife, Molly Stebbins, has been paramount in helping him maintain. 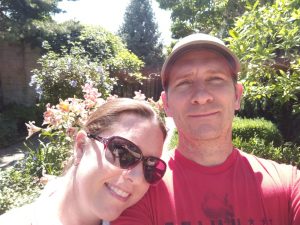 Bill’s wife, Molly Stebbins, has been paramount in helping him maintain his detailed care regiment.

“She has been my only Optune array nurse throughout my treatment,” Morgan says. “Because I’m so committed to it and so exact in my compliance, she has had to deal with requests like, ‘I’ll need you to help me with arrays at 6:00 a.m. so I can drive to St. Louis early in the morning.’”

Despite inconveniences and setbacks, though, Morgan is remarkably positive about the treatment process.

“The chemo was unpleasant but tolerable,” he says. “The radiation was made more pleasant by the friendliness of the radiation techs at MCA. And the Novocure Optune device I wear is annoying at times, but it’s really only mildly frustrating simply because I can’t just leave the house without grabbing another battery, and I can’t just run to the pool or go camping or travel without a little extra planning. But I wouldn’t classify any of this as ‘difficult.’ I think the most difficult part for me is when I feel like my wife and children have had to modify their plans to account for me. That’s not something I can ever get used to.”

When reflecting on his overall treatment, Morgan is quick to point out the vast improvements that have occurred over the past few decades in cancer care.

“I was devastated when I first started researching glioblastoma because I was looking at information from 15 years ago,” he says of his early days after diagnosis. “Treatment and outcomes have changed greatly since then, and there is every reason to expect the next 15 years will show even greater improvements.”

As far as his own treatment going forward, Morgan’s plan is twofold: continue using Optune until he has a recurrence or a new treatment is approved and staying as healthy as possible so he can be a good candidate for a future clinical trial. As for the latter, the thought did occur to him that he could retire early from teaching and just work on staying healthy, but he quickly realized that wasn’t for him.

“I have always truly loved teaching, and cancer has only confirmed this,” he says.

“I’ve always seen teaching as a spiritual practice — a chance to model happiness in front of young people — and cancer is just one more tool to be used to that end.” 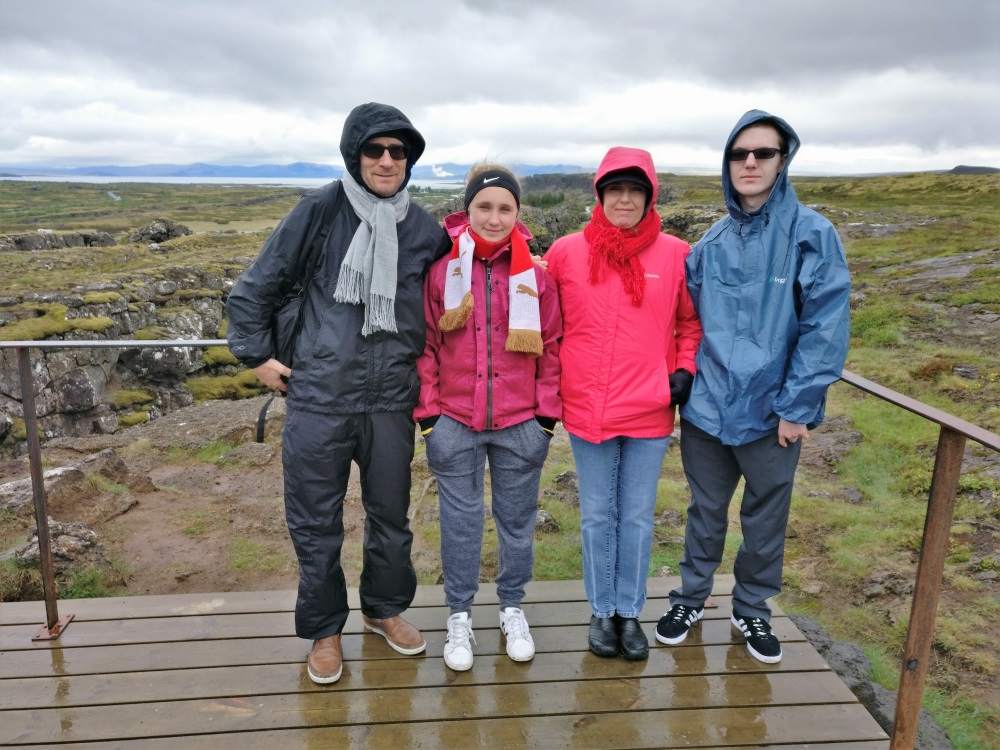