You’re Stronger Than You Think

After enduring diagnosis, surgery and treatment, breast cancer survivor Mary Alice Jacks is living life with a new motto and encouraging women to be self-advocates for health. 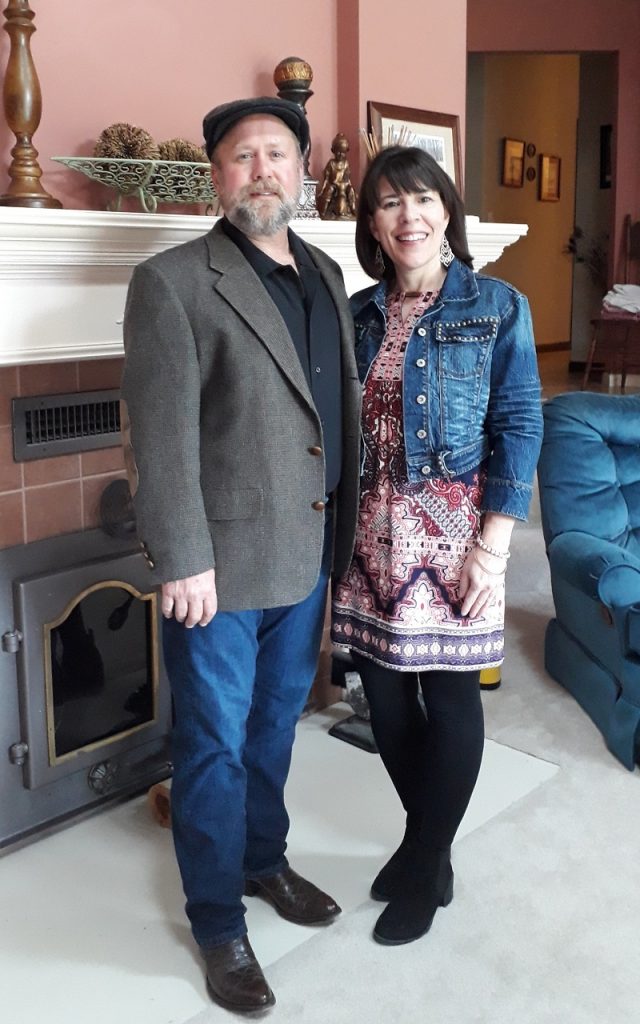 On Wednesday, Oct. 26, 2016, Mary Alice Jacks, a case manager for Boone County Family Resources, made the short trip from her office in downtown Columbia to the Harris Breast Center at Boone Hospital. It was just a routine visit — so routine that she had only taken 45 minutes off from work. At age 48, Mary had been getting mammograms for 13 years, all that had delivered clean bills of health. This day, she thought, wouldn’t be any different.

But when mammography technician Kristy Olson spotted something concerning during the visit, it was decided that Mary needed an ultrasound. That ultrasound led to a needle biopsy, which she opted to do the same day. By lunchtime, the 45-minute appointment had turned into four hours as the team worked through Mary’s case.

“I chose not to wait and had them perform tests immediately,” says Mary, who, despite being the daughter of a breast cancer survivor, never expected to receive the diagnosis herself. “I was informed by the radiologist the very next day that I had breast cancer. From there, the wheels of treatment started — they scheduled me with an MCA oncologist right away.”

Mary’s official diagnosis was early stage invasive lobular carcinoma, stage 1A, grade 3 (aggressive). As she later learned, the speed of her diagnosis and subsequent treatment was no coincidence — Mary was the very first fast-track patient between Boone Hospital and Missouri Cancer Associates. So on Monday, Oct. 31, just days after receiving her diagnosis, Mary and her husband, David Jacks, met with Dr. Mark Vellek at Missouri Cancer Associates for her consult and to develop a game plan.

“I didn’t feel like I needed a second opinion,” Mary says. “It was a scary time, but I was ready to get started and beat it. From the beginning, I chose to have faith that my God is bigger than cancer and would see me through.”

“For six weeks, I would go over there every day after work,” Mary says. “I’d work a modified day, leave at 3, take the few blocks there to finish my hour in treatment, and then I’d go home.”

From diagnosis to surgery to treatment, Mary found support from all corners of her life.

“I have exceptional support from my family and, in particular, my husband, David, who is my rock,” she says. “He has helped me stay upbeat and positive throughout this entire chapter of my life. … Our wonderful adult children, Kaleb and Kylie, handled my diagnosis so well. They helped me make things light and encouraged me to laugh, which is very good medicine!” 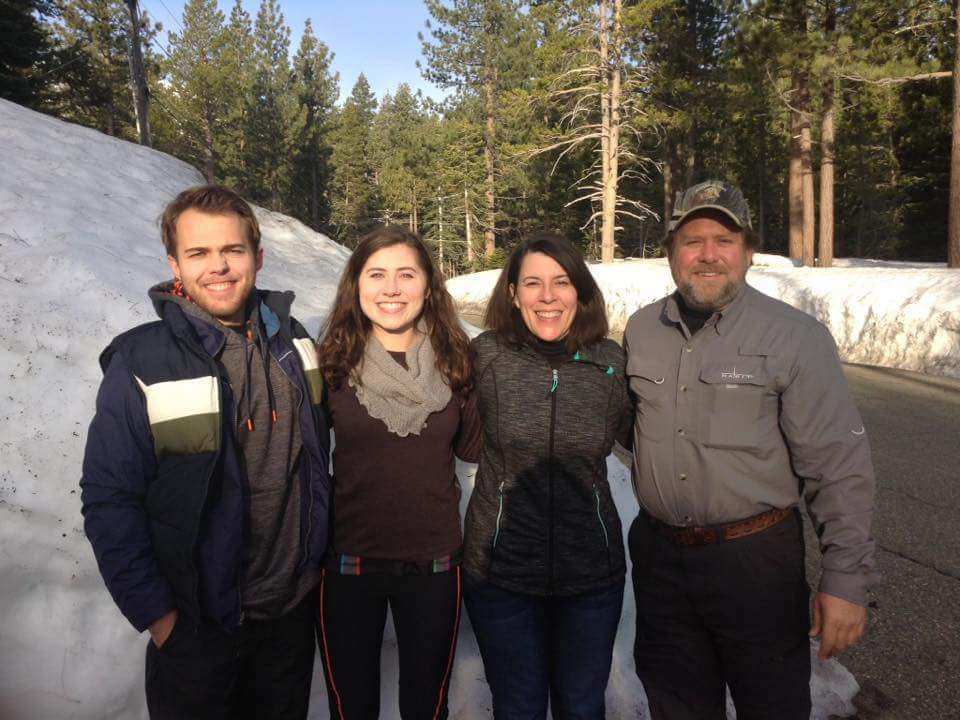 Mary and Dave (right) with their children, Kaleb and Kylie.

Mary’s 88-year-old mother, also a breast cancer survivor, was a beacon of light, too, as were neighbors, church friends, co-workers, book club members and even high school classmates who reached out to show how much they cared. On a particularly dark day for Mary, during one of her preoperative procedures, she received a photo of her co-workers all gathered together and dressed in pink for a group shot of “fight like a girl.”

“Once my husband and I saw it, we cried tears of joy,” she says. “I work with some amazing people.”

Mary’s radiation treatments ended on Jan. 17, 2017. She had a specialized pathologic test, called Oncotype, to help determine whether chemotherapy would be needed. Her score of 13 made it clear she did not need cytotoxic chemotherapy. Mary’s last form of treatment was — and still is — the adjuvant therapy drug Tamoxifen.

“I began taking this hormone therapy the day after my last radiation treatment and will continue this daily to help prevent breast cancer recurrence over a course of at least five years,” she says.

Strength in knowledge, comfort in faith

Just minutes into a conversation with Mary, it’s clear that positivity is a guiding force in her day-to-day life. Even while discussing cancer, she remains positive, cheerful even. It’s an attitude that seems ingrained in her as she talks lovingly about family, friends, co-workers, her medical team and fellow patients at MCA. But she says she wasn’t always this way. For her, cancer — though certainly dark in its own right — managed to leave something light in its wake.

“It changed my life,” she says of how cancer influenced her outlook. “Each day is a gift. I work harder in finding the positive in situations. I work harder to make physical health a priority. I know I can do things to help make more favorable outcomes. 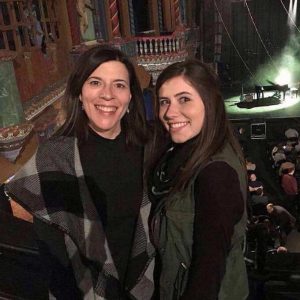 Mary with her daughter, Kylie.

“My motto since cancer,” she continues, “is to live life like it is a love letter to yourself and a thank-you note to God. I don’t know what’s in store, but I know I’m going to enjoy the gifts He’s provided.”

She’s also learned that she’s stronger than she imagined, a fighter and a self-advocate. Those are traits that helped her on her cancer journey — and she hopes to inspire others to find the same strength within themselves.

“During your initial consult with your oncologist or specialist, bring someone with you that can record this meeting so you can replay later what is shared,” she advises other cancer patients. “A lot of information will be thrown at you all at once. Having my husband there to help me process what needed to occur worked so much better than my attempt to take any notes. You will become overwhelmed with the discussion, and you need tools that will help you understand the details about your disease and your options for treatment. I must have replayed my oncology appointment four times.

“Journaling after my daily radiology treatment was helpful and reflective,” she continues. “You will meet some amazing practitioners and patients on this journey; they will inspire you and encourage you on the roughest of days. Search out spiritual nourishment, not just food nourishment, which is also important. It will sustain you, give you hope and keep you strong.”

Medically speaking, Mary is a big advocate of 3-D mammography for annual mammograms. The type of breast cancer she had — invasive lobular carcinoma — is particularly tricky to diagnose because it grows in a sheet-like matter rather than as a lump that might be detected by self-exams.

“I do not believe that traditional mammography would have caught my particular tumor,” she says. “Being diagnosed with early stage cancer makes a huge difference as to treatment options and with outcomes.”

Post-treatment care is important as well.

“I believe every invasive breast cancer patient should undergo a physical therapy evaluation with a lymphedema certified PT for both range of motion exercises, as well as for lymphedema prevention if the patient had lymph nodes removed during their breast cancer surgery,” Mary says. She recently completed a second phase of physical therapy to help treat radiation fibrosis, a condition she developed since treatment.

“Now I try to stay active, stretch, eat well, get more sleep and not dwell on the C word,” she says. “As they say, it is a chapter from your life — not the whole story.”

Refocusing her attention, however, doesn’t mean ignoring her health.

“I may not dwell on the C word,” she adds, “but I feel it is very important to advocate for your health. Keep asking questions, keep up on research, but do not linger there.”